After a month of insurance hassles, buying a new car, getting that car wired for trailer lights and brakes…

I picked up the newly-wired 2010 Touareg TDI (“Casper II”) and picked up the trailer for a long weekend in New Bern, NC. Our first long distance trip, and Glenn’s first overnight in “Apollo 19”.

Casper II tows like a champ, and there was no drama towing the ~3,800lb trailer 400 miles.

It’s a little harder to pull into tight parking lots. 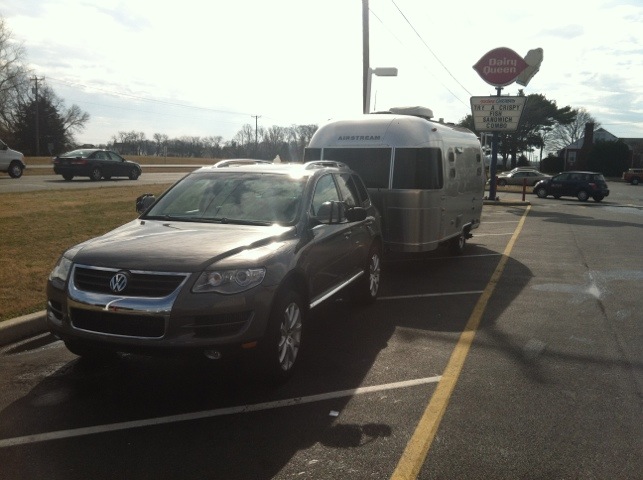 But the end justifies the means. 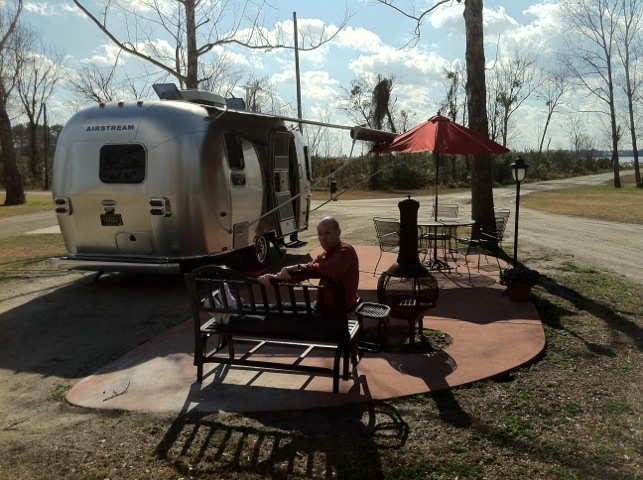 We ordered pizza in (delivered to our site at the New Bern, NC KOA) and invited Glenn’s aunt and uncle over. 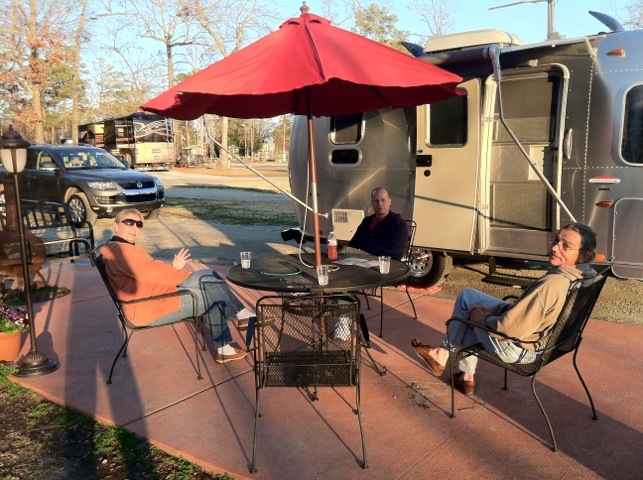 Later that night I set up the tripod for some night shots. It was nearly 70 degrees, after all. 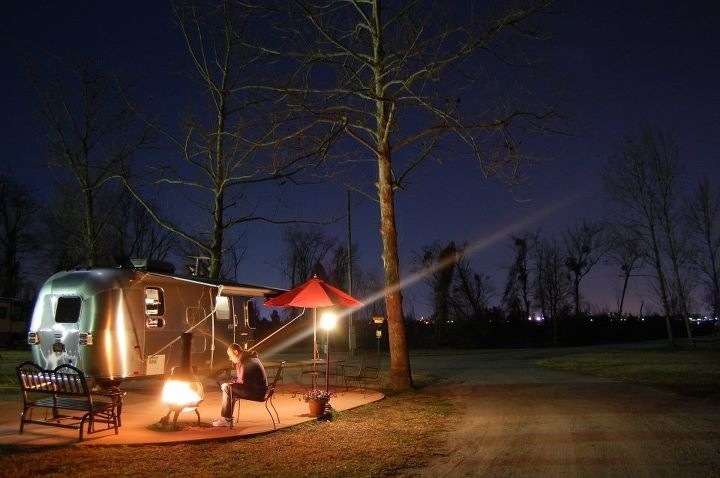 Our KOA liked that shot so much, they’ll be using it soon on their website