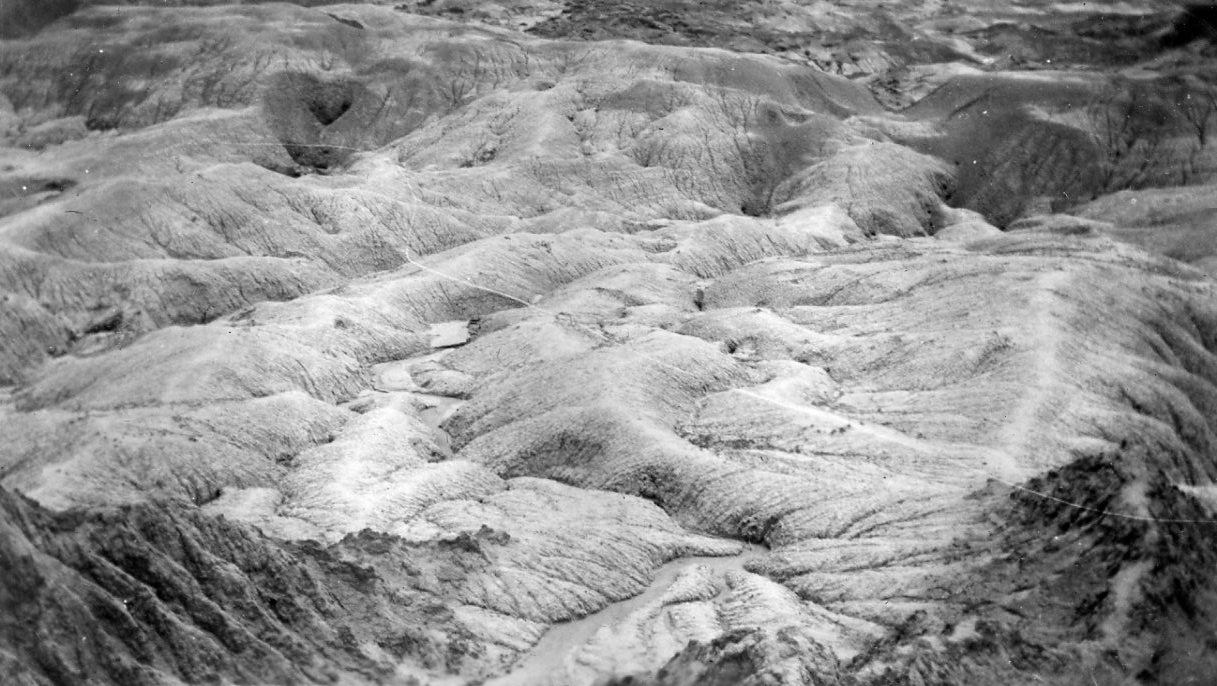 If you haven’t noticed yet, one of my favorite things to do is connect dots from the past to the present. Especially visually.

Sometimes these connections are made by chance. Like when I found a 1934 picture of my great grandfather standing in front of the Bok Tower in Lake Wales, Florida. It’s a pretty obscure place (ever heard of it?). Something about the 1934 photo looked familiar.

This summer, I’ve been looking for spots along my grandparents’ 1935 honeymoon trip. Their photo log has made the task easier.

Some are impossible to exactly recreate.

You may have seen my Mother Road blog post in search of the Commercial Hotel in Holbrook, AZ. Spoiler alert – it’s not there anymore.

But others have clues. In some cases, the natural landscape helped me.

For about 100 miles as I approached Holbrook, AZ from the east, I scanned the horizon right and left along I-40 and sections of old Route 66 looking for the mesa shapes in photo 7-4.

I found them in Thoreau, NM along an old stretch of Route 66. Look at the silhouette of the mesas on the left. And the railroad tracks. Not the exact spot, but it was one that I could pull safely off on a nearly-deserted road to take a photo.

Then there was photo 8-2. Seemed easy enough. At first, I thought there might be enough distinct topographical features to find where this photo was taken. I was so wrong.

In the end, finding this site took a slow 28-mile drive the length of the park, two trips to the Petrified Forest visitor center, Google Earth, a research journal, and an off-trail hike along the rim of the northern section of the park.

And that’s because that vantage point no longer exists, and hasn’t for about 60 years.

Let me explain. Initially, I showed my photo to the forest ranger and he thought it might be from the southern end of the park. So, I looked. Pulled off at every overlook. And looked. Hiked to the edge of the canyons. And looked.

But to me, it looked a lot more like the northern section of the park. On a second trip to the visitor center, I learned that in 1935, the park service didn’t even own what is now known as the “Painted Desert”. I looked at a Google Earth satellite image and saw the shadow of an old road just north of I-40 – remnants of old Route 66. Today, the only paved road in the park that allows cars is the main route that takes you from the visitor center to the vista points, and down to the exit at the south end. Route 66 had long since been ripped up when the Petrified Forest attained “National Park” status in 1962. But from the air, you can still make it out.

The park map confirmed the route, and I asked if I was allowed to walk on it, since it was beyond the usual trails. I was.

I found the spot (yellow arrow), but the 1935 photo still didn’t make sense. Was it taken from an airplane? The vantage point seemed too high to be taken from the rim.

So I took a hike along the old route. On one stretch between old Route 66 and the rim, I started seeing some more clues.

Turns out, when that area was private land, along tourist-heavy Route 66, there was a gas station and business on that spot called Painted Desert Park, aka “The Lion Farm”.

And I’m gonna bet my grandparents took their photo here:

Another reason I can’t recreate the photo exactly is because the slopes lose about 1/4 inch of rock every year during the monsoon season. That’s ~22 inches since 1935.

Here is the most similar photo I could get standing on the rim near where I think the tower used to be, and after 87 years of erosion.

Was this the spot?

I dunno. Maybe? But as always, it’s fun looking.

More history about Painted Desert Park, it’s demise, and the evolution of the northern part of Petrified Forest can be found here in an excellent article by Lillian Makeda. It was in fact the missing puzzle piece in my search.
A Fly in the Amber: Route 66 Architecture at Petrified Forest National Monument
Buildings & Landscapes: Journal of the Vernacular Architecture Forum
Volume 17, Number 1, Spring 2010, pp. 53-81 (Article)
Published by University of Minnesota