The McDougall family has a long tradition of going on free factory tours as part of their camping vacations, and I could not let this trip west go by without finally visiting the birthplace of my airstream “Apollo 19” in Jackson Center, Ohio.

It’s an impressive facility, at one end of a flag-lined Main Street straight out of  “It’s a Wonderful Life”. Jackson Center oozes pride, as it should. I’ll be camping tonight at what they call the “Terraport“. It’s free if you’re having a trailer worked on, or $10 if you’re not. For electric, water, and sewer hook-up, that’s a great deal.

It’s right next to the parking lot for trailers waiting for service, like an outdoor hospital waiting room. The hail damaged trailers are especially sad to see, but I know they’ll get good care inside. 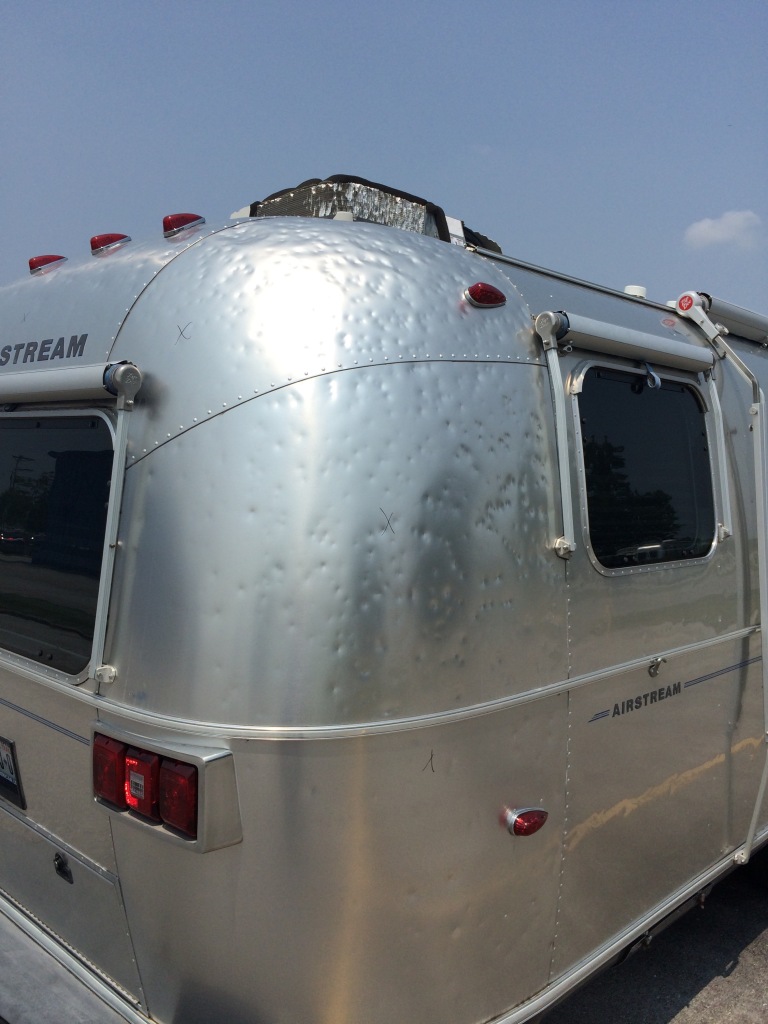 I thought I knew a lot about Airstreams untilI met our tour guide,  Gary Bird. He let us through the factory. I’m not sure if they have the computer guided cutting machine back then, but today’s process is not that much different than in years past. 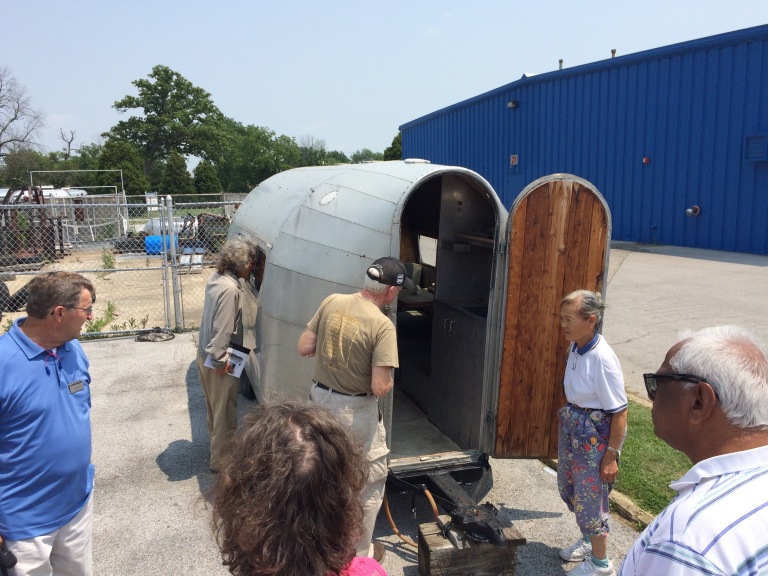 Well, maybe a little different than the first models.

I kept my hands to myself, but many on the tour couldn’t resist touching all of the new trailers and parts as we walked along. It’s hard to believe they’re real, and still made today. 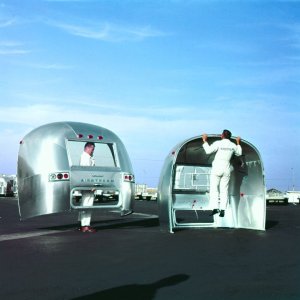 Seven years ago to the month, my Airstream was making its way along the assembly line, guided by skilled hands at every stage. “Apollo 19”, as I call her, sat on the dealer lot until summer of 2011, when the previous owners took her out for just a few trips before they realized they wanted a few extra feet of trailer. Lucky me, I stumbled upon her at Colonial Airstream with virtually all of her 2-year warranty intact, but minus $thousands in depreciation. I highly recommend that approach.

Being cheap is the mother of invention

And as you may remember, I had another late-breaking reason to come to the factory today: my refrigerator door was only being held in place with one hinge. Getting the interior freezer door open while gently holding the main door in place was nearly impossible. Another 7,000 miles like that, not knowing if the contents of the fridge with all tumble out was not a good option.

Again though, Airstream came to the rescue. Even though I did not have an appointment, one of their technicians, Keith, came out to confirm and what I had suspected: I need a whole new refrigerator door. He read the model and serial number off to me from inside the door, and I started to make my calls. $220 for a new door.

The local “Dometic” dealer was closed until tomorrow. I thought I might have luck in trailer-Mecca Elkhart, Indiana, but even they couldn’t get one until Thursday. And do I really want to make a 200 mile detour North, when I want to be heading south towards Santa Fe?

So, armed with just a screwdriver and an old pair of tongue and groove pliers, I walked down the main street to the hardware store, where Tom (a former Airstream employee) sold me $.52 worth of self tapping screws. He didn’t think it would work, since the plastic is fairly brittle, but I headed back to the campground to give it a try.

My inner-MacGyver kicked in and, and I reattached the broken hinge with three screws.

It actually seems pretty strong, and works better than it did before. A little Frankenstein-like, but functional. 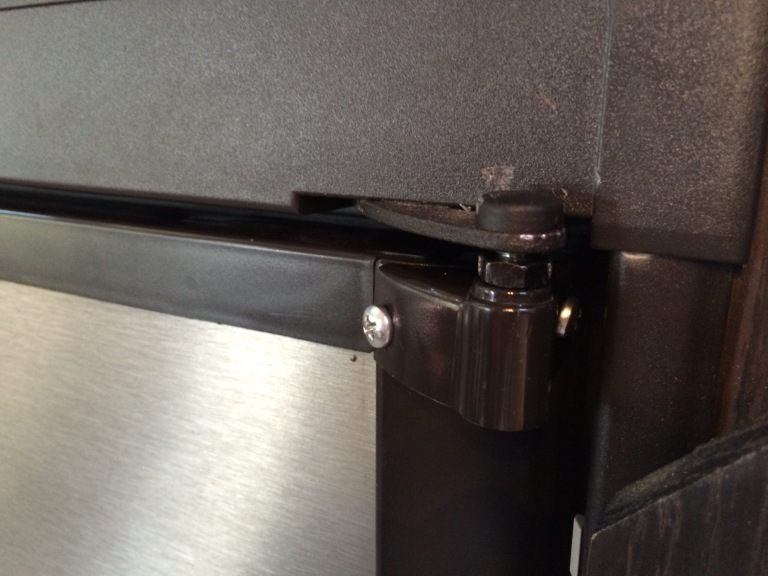 So now that I’m done with today’s blog, I need to figure out where I’m headed tomorrow. Honestly, I have no idea, but I’m excited to look into the possibilities.

6 thoughts on “Day 2: The mothership”