100 miles
16.5mpg
$24 (this campground is so special, I don’t want to reveal its location, lest it get any more crowded. 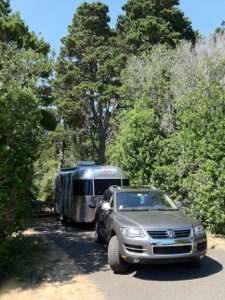 Left Bullards Beach State Park before 7am in order to play “Summer Coastal Camping Roulette, Oregon Edition”. Camping in the summer without reservations is risky. Virtually all the good campgrounds are full. Very full. It’s not uncommon to see “Full” signs in front on most central coast state parks, even mid-week.

I checked out a few with some open spots on my way north, but none had that “wow” factor I was looking for: a campsite ocean view.

Finally, I stumbled on one of my favorites from last year and began playing the roulette game.

At 8:45am, I circled the campground looking for unreserved spots. There were three, but none with a view. Virtually all still had campers in them. A little site had a retired couple pulling out in an RV, and I figured I’d take that one. But then the camp host clued me into a cancelled reservation for an ocean view site. I pulled in there. Then she came by and said she had made a mistake, but I could have the site if the person moving into the site I occupied. He moved his car and I moved in there. Then I realized that site was free for only one day. So, I raced back to the retired couple’s site, and shoehorned my trailer and car in. 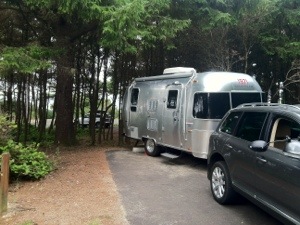 The owner of a fellow 19ft Bambi came by to chat for a while. I made pancakes. Then I went for a walk. I noticed a new trailer down at the other end of the campground in a beach-view site, and another free walk-in site. It seemed to good to be true. I quickly confirmed with the camp host that it was free, and raced back to my site to put something there to claim it. I took down my campsite and towed it here. 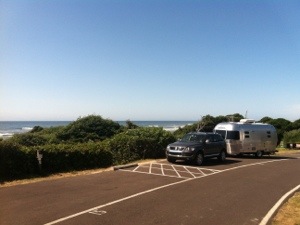 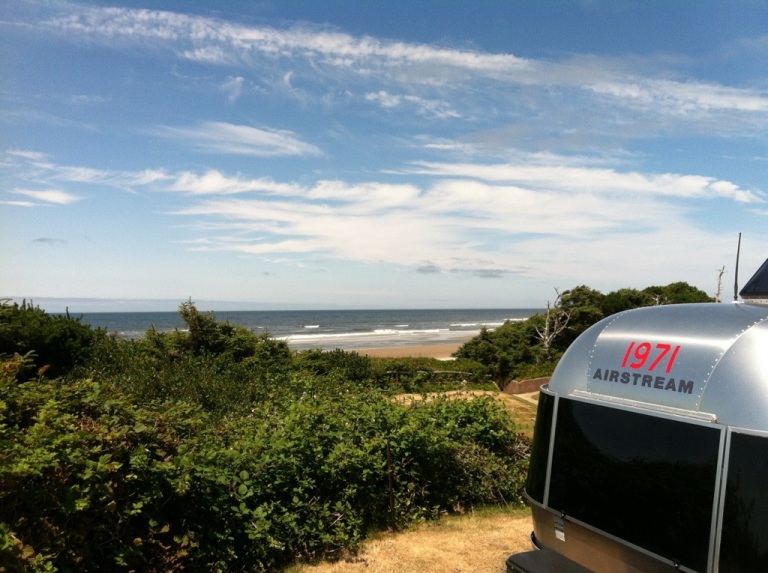 It was a lot of work, but I think I won this game of roulette. 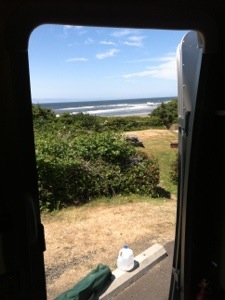 I take a stroll on the beach and look back. 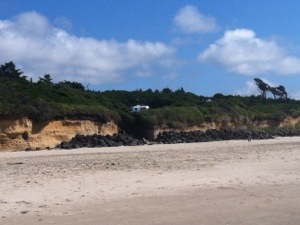 As the sun begins to set, it lights up the trailer. 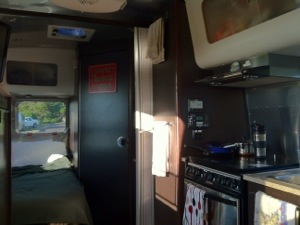 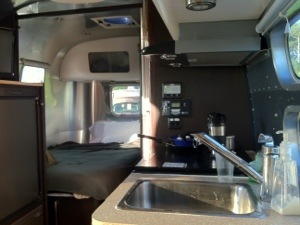 The view from my bed window. 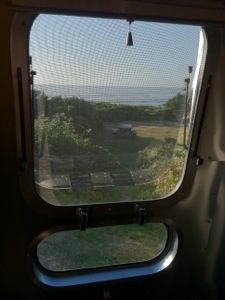 And now as the sun sets, the campground becomes still as campers stand at gaze at the setting sun. 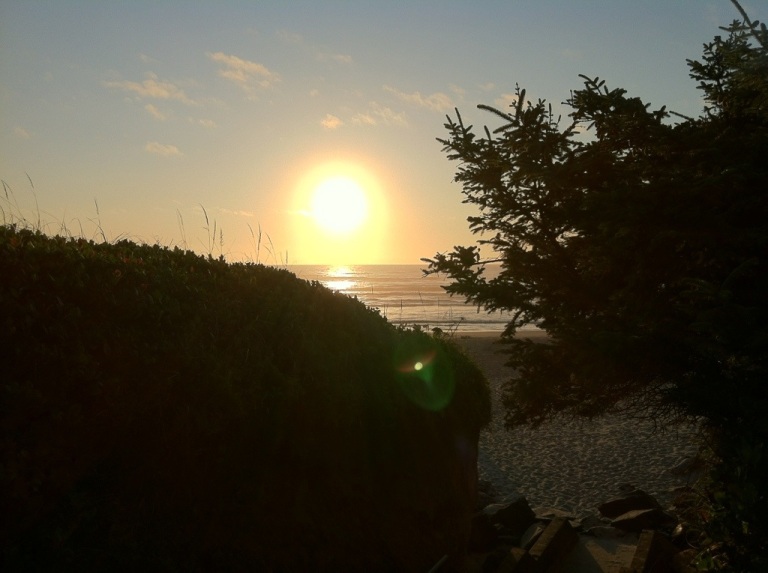