The moon made it hard to get a starry photo, so I aimed instead for making 2am look like 2pm with a long exposure ( w/medium f-stop). When I’m at the laptop again, I’ll include the 360 link.

Left Pine Mountain Observatory at 5:15am. I had been nearly alone atop the mountain, sine it’s 8 dirt-road miles off Rt.20 bear Bend, OR. At some point an old coupe pulled into a spot, and whenever I looked over in the night, I’d see the glow of a lit cigarette. You never know.

The sun was rising as the moon set when I reached the bottom. 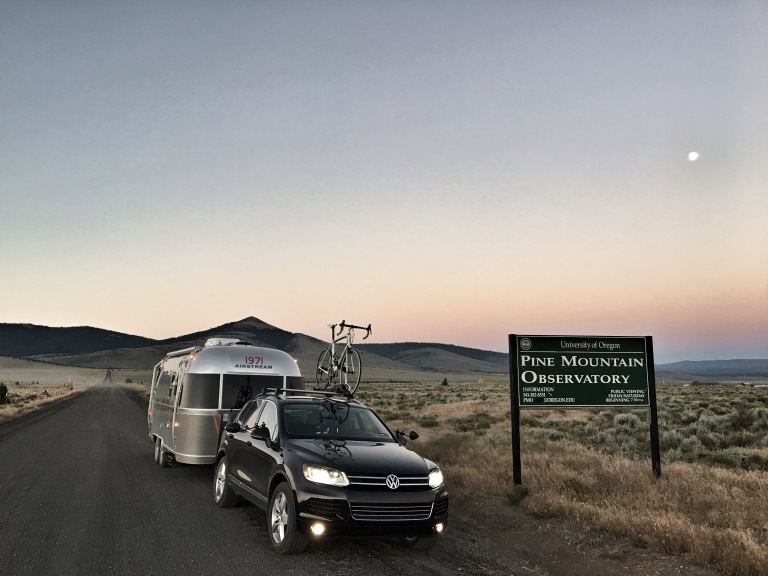 A note about Airstreams and dirt roads. I never shy away from them, since the view and isolated camp spots are usually worth it. What folks don’t often tell you is that you’ll need to spend 15 minutes at some point finding the screws that popped out, popped rivet heads, loose drawer handles, aluminum shavings…  The sliding panty comes out. The water pump turns on for no reason (no open faucet). Just something I expect now. Now that I have a 2k watt inverter, I bring a household upright vacuum.

Warning: this next paragraph is a little gruesome. If you’re squeamish, skip to the “Oregon smells great” paragraph.

I witnessed a disturbing “deer encounter” as I headed west up the pass from Sisters on 20. An F-150 in front of me hit a deer, and I pulled over on the wide shoulder to see if the driver was ok. An older gentleman got out of the car, and put most of his broken grille in the back seat. His car was steaming and I could smell antifreeze. The deer lay with its broken leg in the #2 lane, alive but suffering. I helped him drag it to the shoulder. It was panting and afraid. The man muttered something about a doctor appointment and got back in the car. Rather than back up and go around the deer, he drove straight forward, over its neck. I’m not making any political statement, but it was at this point I noticed his Trump “Make America great again” bumper sticker (I haven’t seen many in Oregon), and wrote down his plate number, just in case. I assumed I would see his overheated truck down the road in a few miles and I’d need to call it in, since there aren’t many services on those roads.

Perhaps he ran it over again to mercifully kill it? Perhaps he was in a hurry? I’ll never know.

I remained in my car to alert 911 to the injured deer in the hopes an officer or animal control could put it out of its misery.

Later, I looked up what Oregon Department of Fish and Wildlife (ODFW) suggests motorists do, since it’s not something I experience every day.

“If you do hit and kill a large wild animal or see a dead one on the roadway, remove it to the side of the road if it is safe to do so. If this can’t be done safely, call Oregon State Police or 911. Position your vehicle in a safe way and turn on your hazard flashing lights to warn other motorists. If your vehicle is damaged, call OSP or 911 to report it.

Drivers should not take the animal home or attempt to dispose of it themselves. ODOT or county road maintenance crews are responsible for disposing of animals hit on roadways.

If the animal has been injured but is not dead, contact OSP or ODFW. Drivers should not put an animal down in this situation unless authorized by law enforcement or OSP.” 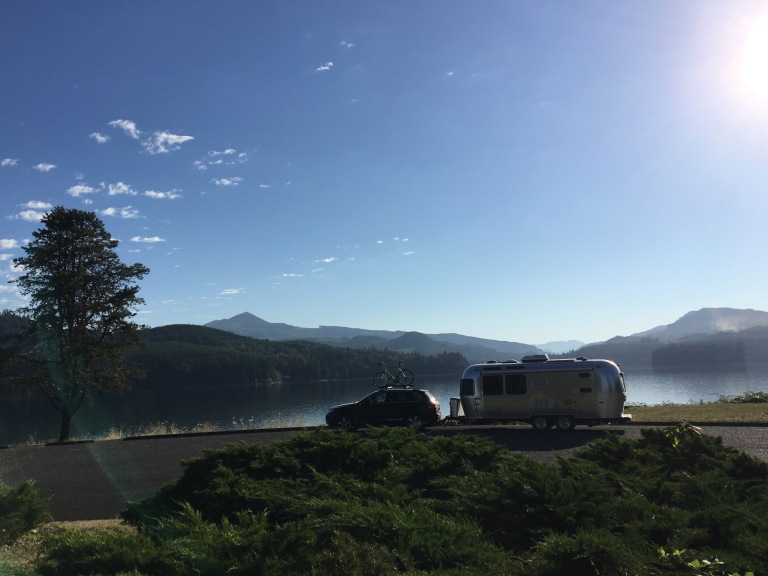 As I was driving west I noticed a familiar and nostalgic odor: one of my favorite things about Oregon, and the Oregon coast. The Cascades smell like a musty bookshop. Not the classy kind w/hard-bound Shakespeare, but one with your grandma’s old copies of Erma Bombeck and slightly-used crossword puzzle books. I don’t know if it’s the volcanic soil, or ferns. I don’t care. I love it.

And at long last, I arrived at my secret Oregon coast campground mid-morning: that magical time when folks are checking out, and walk-up sites become available. I lucked out and locked in a waterfront site for 3 nights. $26×3

Please don’t ask me where this is (some  of you may know). If word got out, it would be even harder to get a spot… Can’t I have just this one secret? 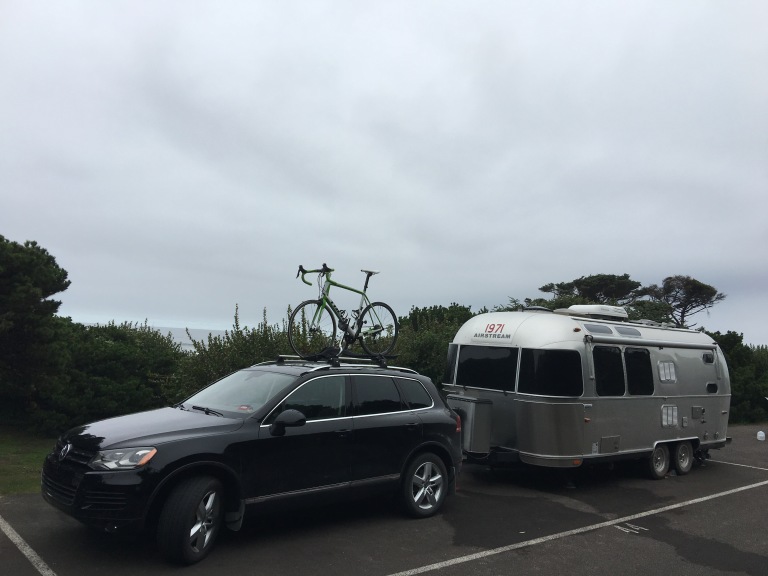 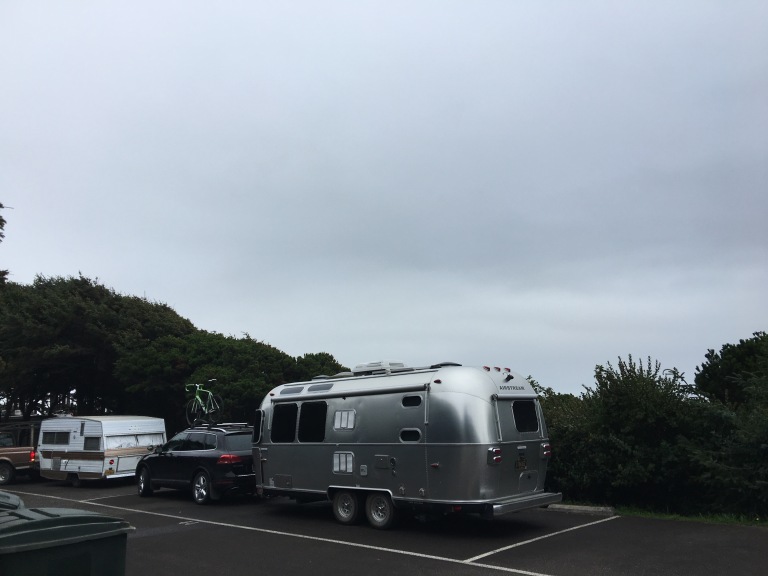 Now I’ll stay put and walk a bit on the beach. It’s a happy place.

One thought on “Day 11: From sea to shining sea”