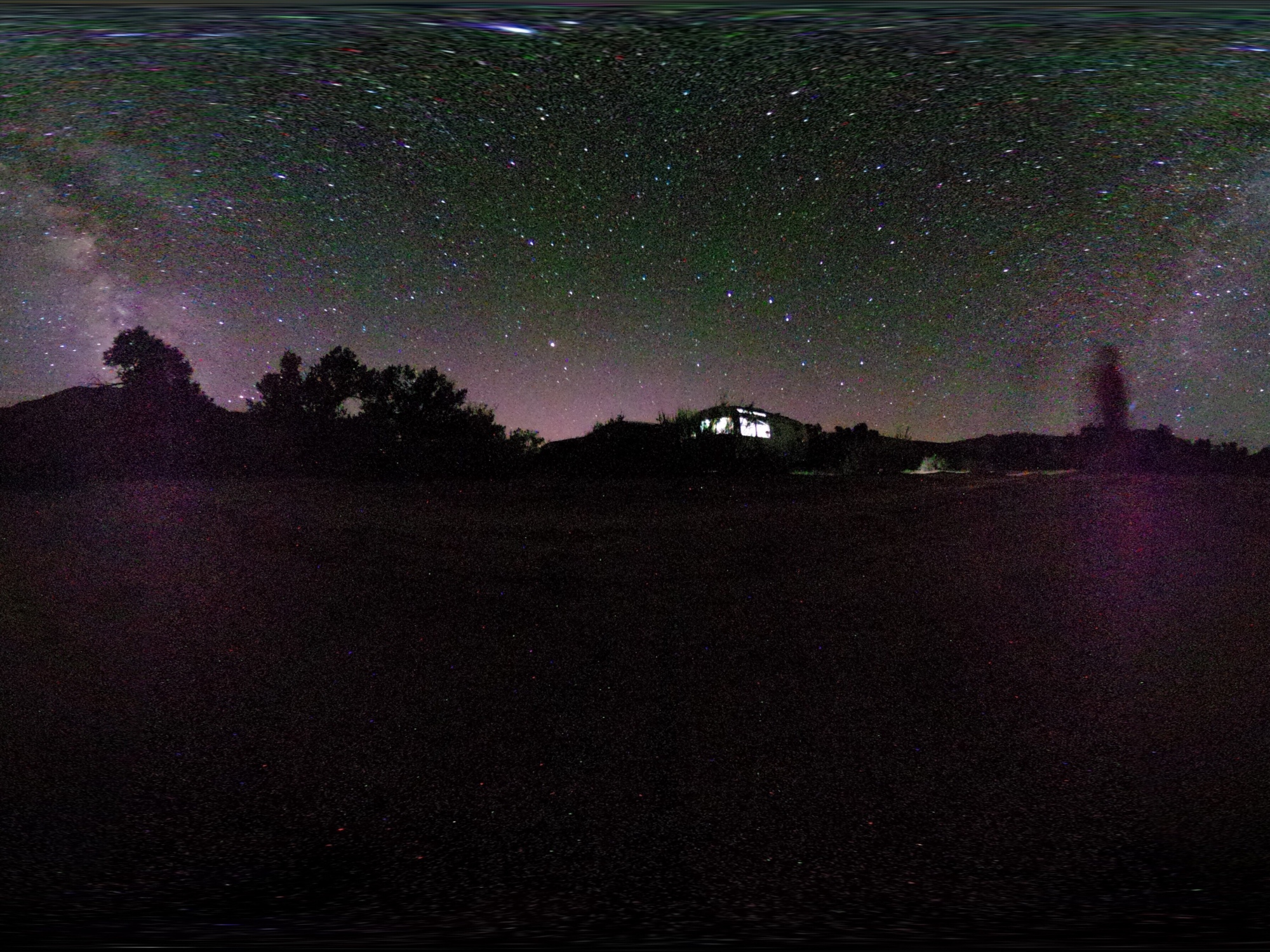 So, where were we? I got a little sidetracked by real life after I returned from this epic journey, and hadn’t gotten around to writing up the last few days of the trip. Two months later…

We awoke early at Great Basin National Park to get in line at 8am for a tour of Lehman Caves. We got there so early, they were just raising the flag, at half-mast, to honor the victims of September 11. While we waited for the tour, we had a nice breakfast in the trailer parked in the lot. 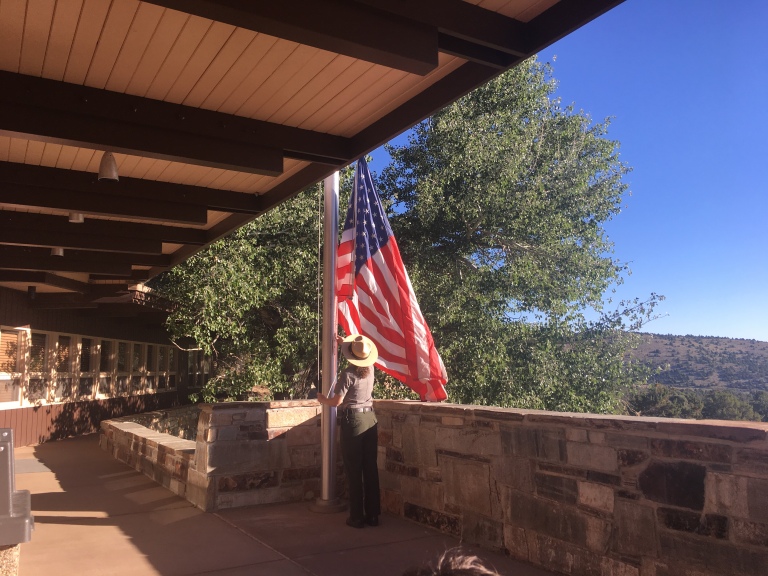 Getting there early paid off, and we got one of the first tours. It’s impressive, but don’t go if you’re claustrophobic. And be extra careful if you’re tall. I’ve been to a number of cave tours: Wind Cave National Park, Luray Caverns, etc. The lore behind the discovery of this cave is especially colorful, and has even more impact when you’re huddled inside, hundreds of feet below the surface of the earth. I hope I hope it’s no spoiler to say that it involves superhuman feats of strength and a sandwich.

My 360-cam was on its last legs, battery-wise, so not many photos… Here’s a taste. 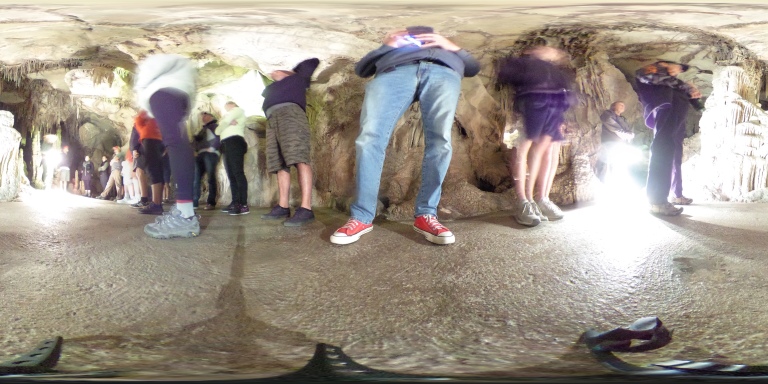 Back in the day, a small jazz band played here for dances (crawling down thru the old entrance). And here I thought my gigs had challenges. 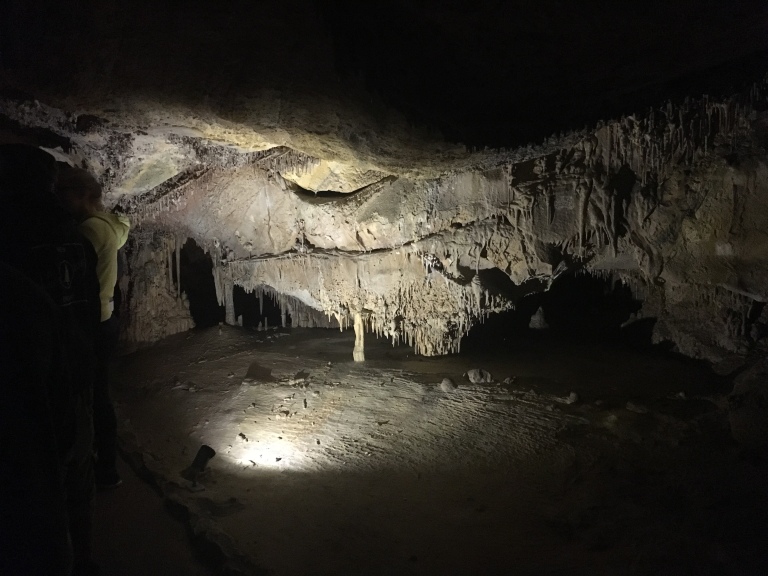 Cave bacon is not as delicious as it sounds. 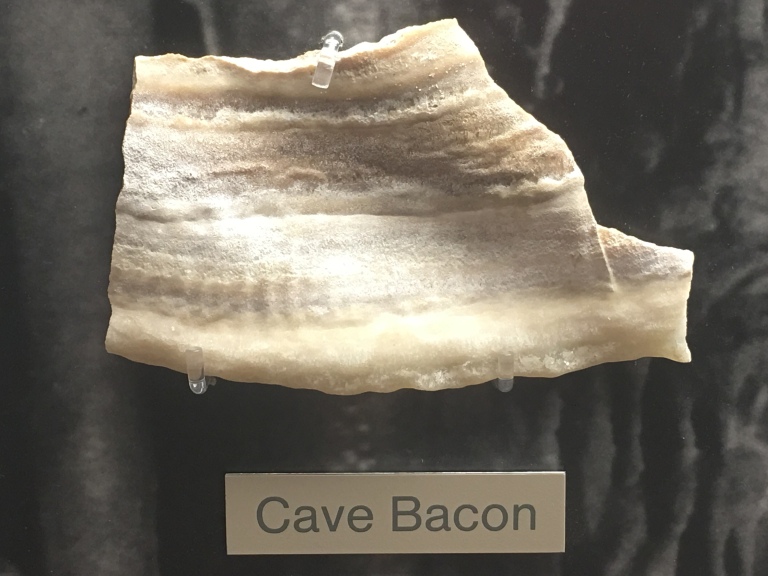 From there, we continued to head East, hoping to camp at Capitol Reef National Park. 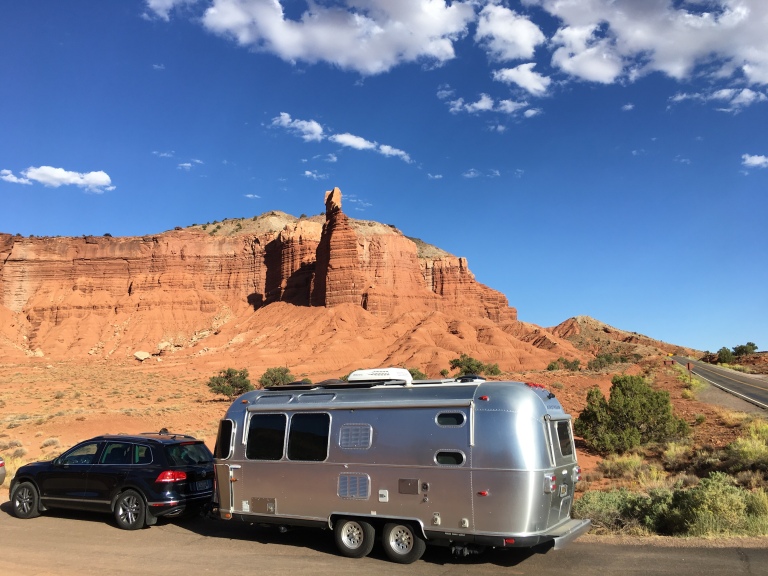 Last time I went, in August of 2012, on the exact 50th anniversary of the park, I waltzed into the campground at 5pm and found a spot – no problem. Well, things have changed. The park seems to be much more popular these days, and the campground host smirked and told me that they filled up at 9am.

It was getting late. We picked a few apples, and headed on. From my last trip, I knew there was very little civilization to be had on the next 100 miles, so I was getting worried about where we would stay. My AllStays camp app didn’t offer much hope, but a few miles out of the park, I looked over the edge of the guardrail to a dry river bed below, and saw this. 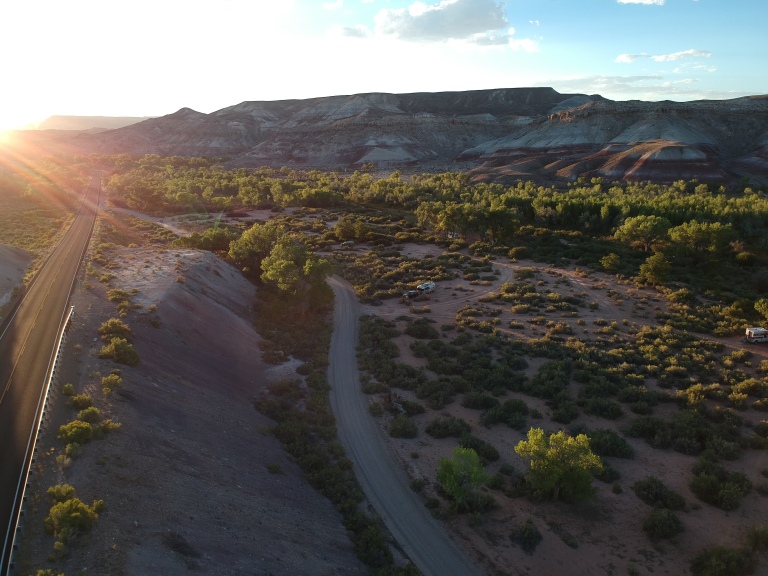 Hmmm. I made a quick U-turn, and drove down the gravel road to check it out. There were a few intrepid boondockers, mostly in vans, and I asked them if this was OK to camp here. They said sure, and I scraped the trailer and car down through a few narrow sandy paths, flanked by some the sharpest dry bushes I’ve seen. But I couldn’t turn back. 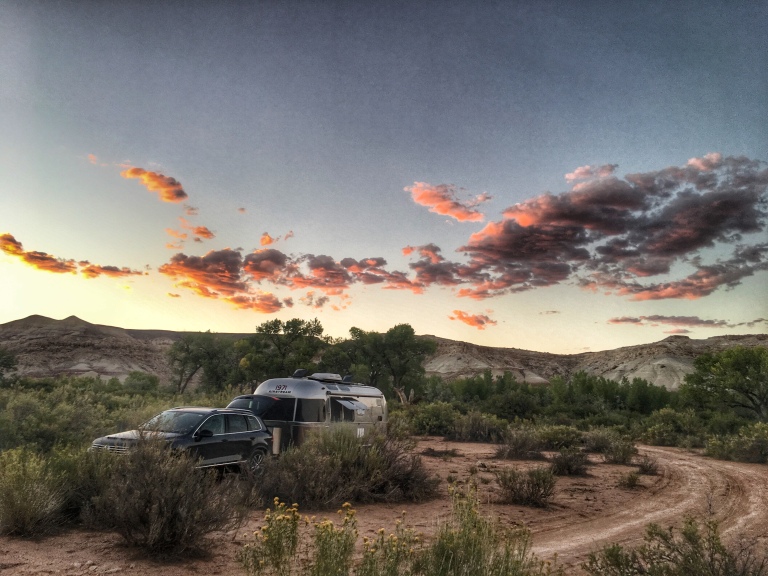 I didn’t see any signs posted, but in hindsight (and now with benefit of a cell signal), I see that this might not have been a legal camp site. I had thought this was BLM land. Hard to tell exactly, even now from the NPS map. Now I know. 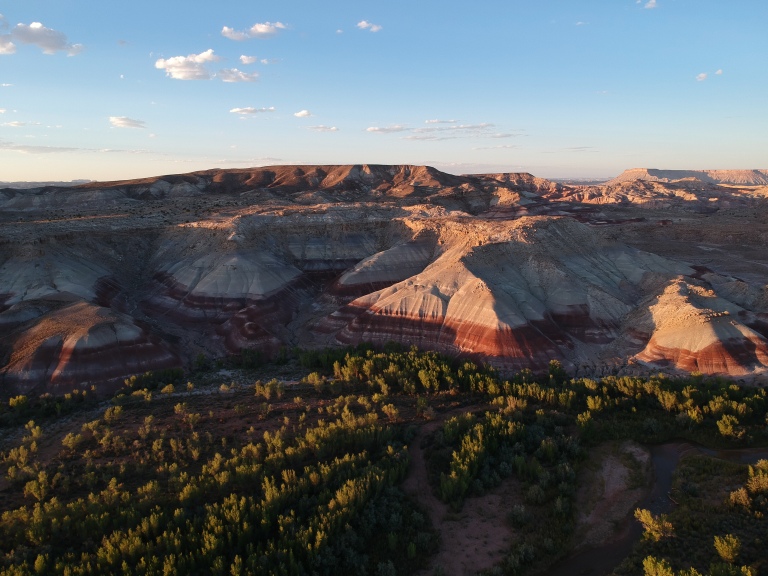 One benefit of this spot, and time of the moon cycle, is that I saw one of my most beautiful dark skies on the trip. 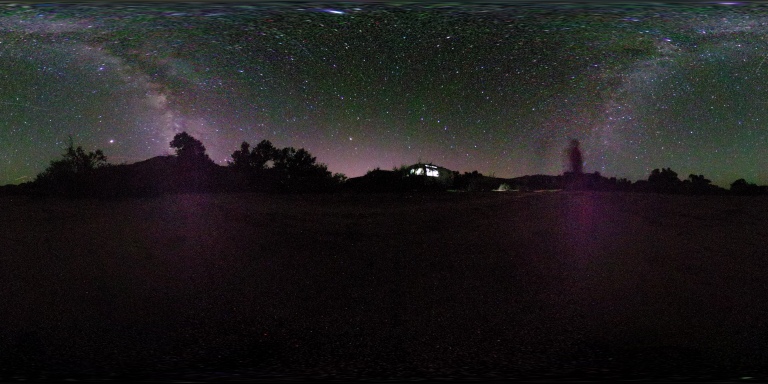