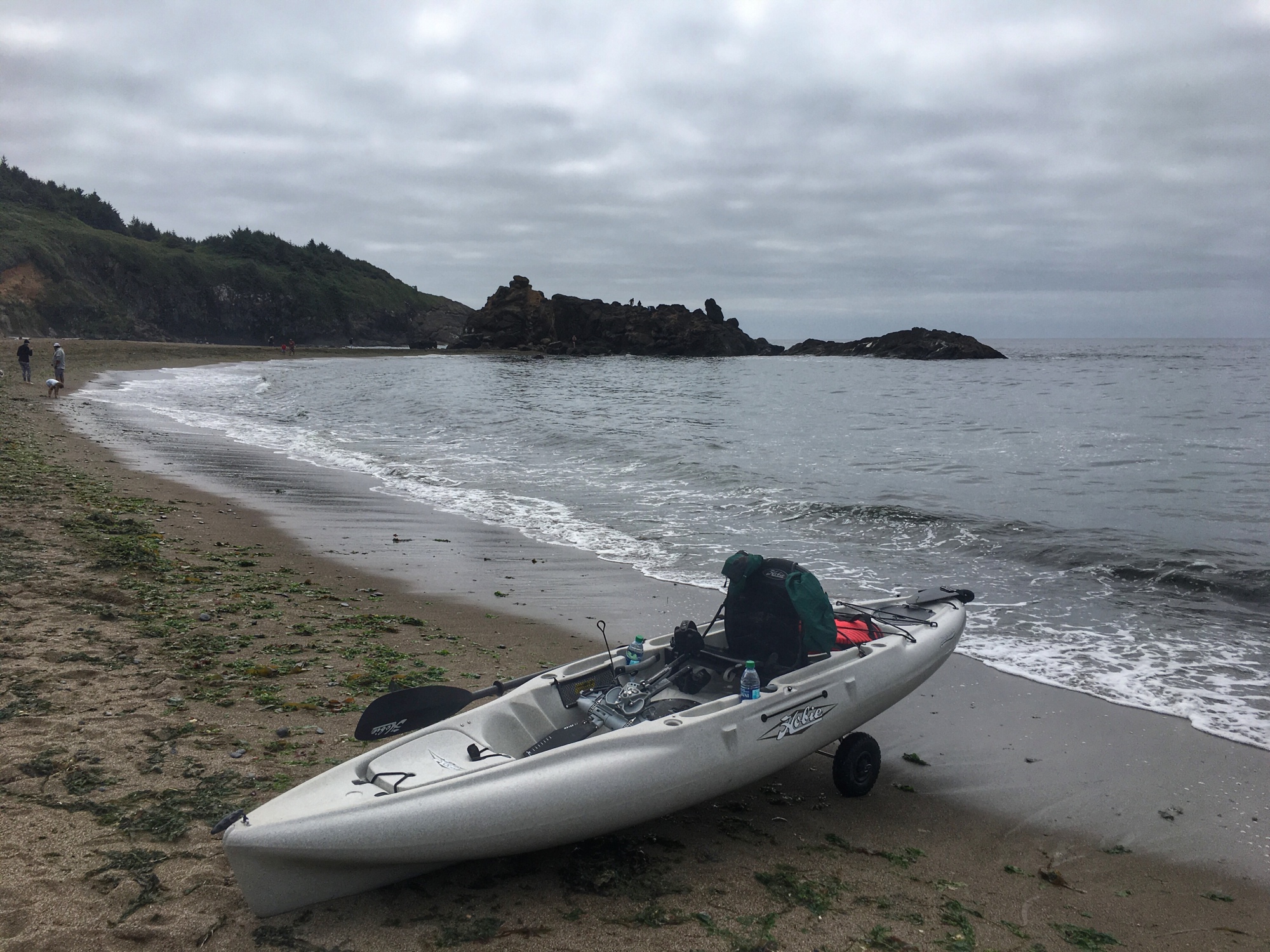 Remember when I said there was no more West, so I had to drive North? I was wrong. There is just a little more West, in the Pacific.

I tried Depoe Bay one more time, and ran into the fisherman using my exact Hobie Outback kayak. He was wearing a wetsuit and had a waterproof shortwave radio.

Out of my league.

But perhaps there was somewhere else nearby for a less-equipped kayaker like me? He suggested Fogarty Creek (or “crick”, as I was raised to say). Growing up, and as far back as the early 1960s, Fogarty is where we had our family reunion’s every summer.

He said to launch between the big rock outcropping and the kelp beds, and I knew exactly where he was talking about.

I’d never seen the beach from this perspective.

Did you know the Boiler Bay pullout had caves underneath? I didn’t. That explains why the guardrails are so far back.

A biplane flew overhead. Probably whale-watching from the sky, based on the tour boats on the horizon.

All this beauty is exhausting. Time to head back to the trailer.