It’s a fairly clear day today (by Washington coast standards), and I’ve been eying possibilities for another kayak adventure.

I can see Destruction Island from our campsite.

But it’s 8 miles, as the kayak sails, from here. And there’s no good place to launch. But what a great name. What Bond villain do you think uses it for his/her lair?

We start at magical Ruby Beach. With my broken toe, there’s no good place to launch a kayak. But what a view. 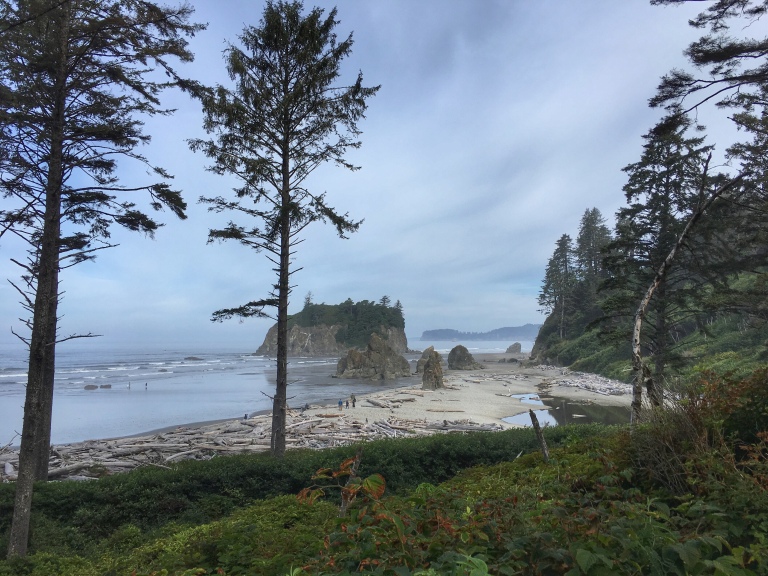 Next, I feel it’s my duty to look at the rain forest. I appreciate that they exist, and their purpose in our eco-system. Really, I do. I just don’t feel the need to camp in a wet densely-forested area. I take one photo of Glenn, at the Hoh visitor center. 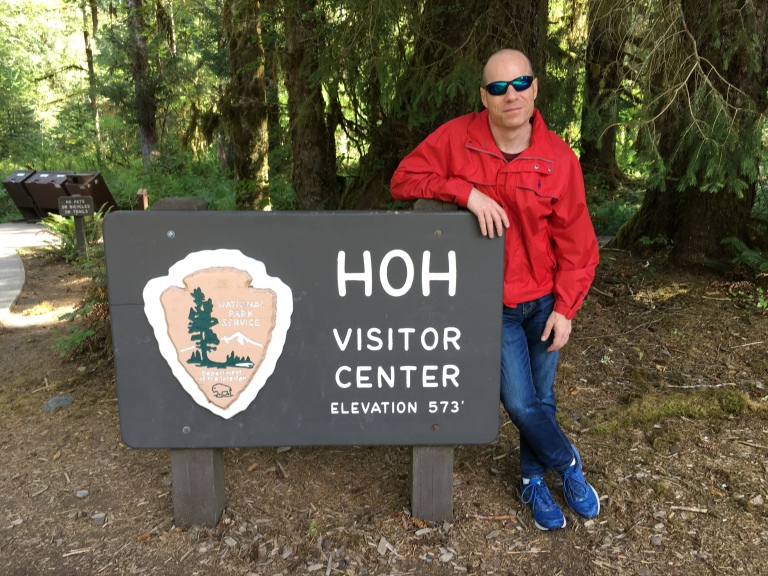 On to my best option for kayaking: Rialto Beach. 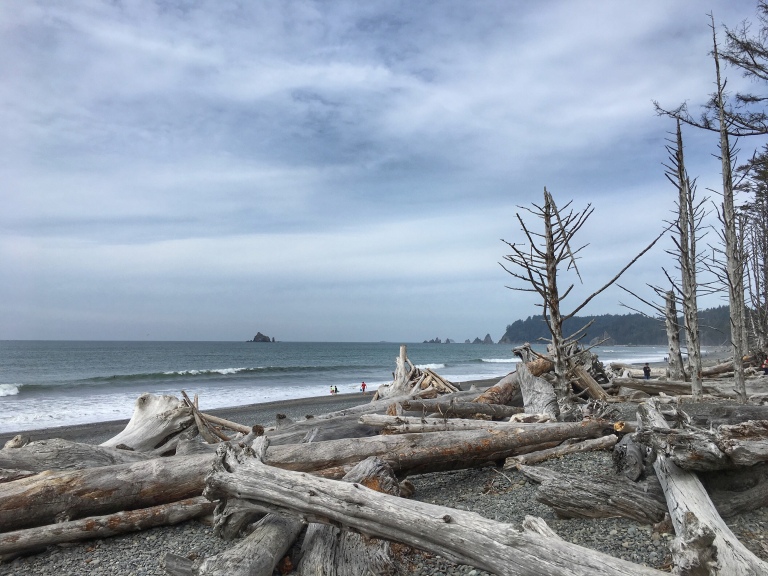 There’s a little mossy boat launch where the Dickey River meets the Quillayute River. From there, you can easily get to Rialto. 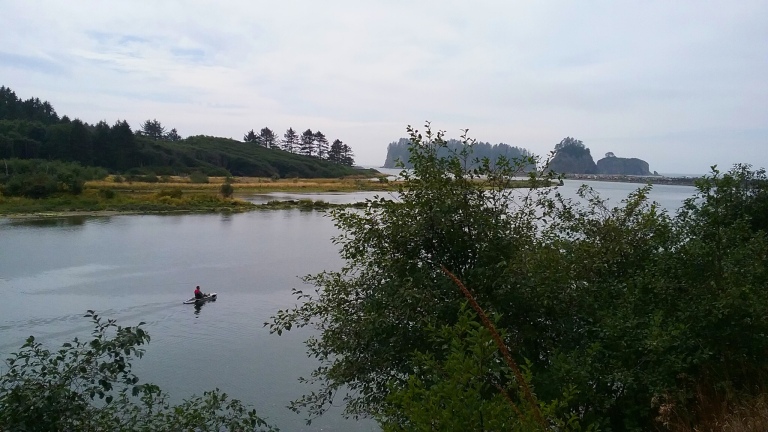 The tide was a little against me, but I’d rather it pushed me in, than out. From there, you’re in a kayak playground around James Island (this photos looks to be low tide).

It’s fairly protected, and without getting too close, you can explore the nooks and crannies, imagining pirates stowing treasure in the caves.

I hung around this cave for a while. I saw a seal or two in the water, but none lounging about inside.

James Island has a sheltered beach. I saw two people there, but no boat. I wonder if at low tide, you can walk there? 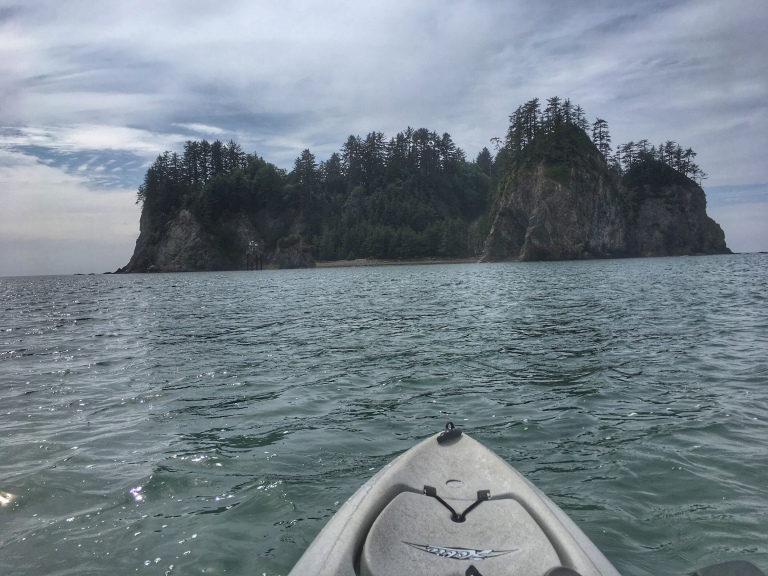 Watching the waves play with the caves and rocks was mesmerizing, and I really didn’t want to leave. I was careful to not get too close, since the lower end of the swells could plant the kayak on submerged rocks I could see, just below the surface.

Glenn took a picture of me out in the water. Can you pick me out – a speck on the water near the island? 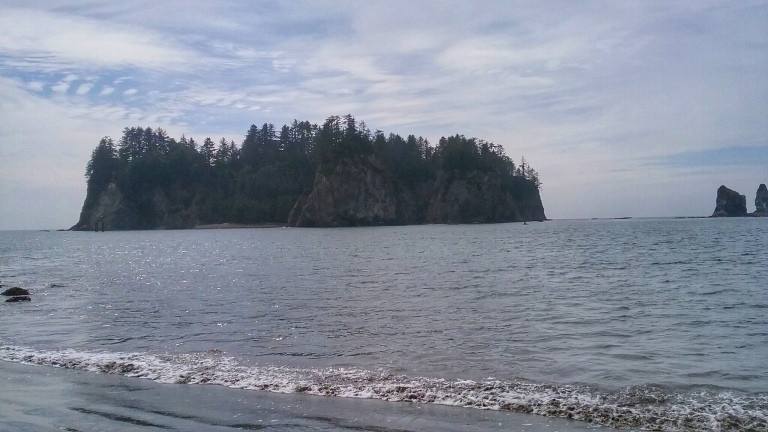 Meanwhile, back at South Beach Campground, Kermit had moved in next door.

Was the Yellow M&M mascot his friend, or a late-night snack? I forgot to check in the morning. Either way, I don’t like the way he looks at Hug E. Pillow. With hungry eyes.

Another evening next to the fire.

The weather has been nice. Probably too nice for the Olympic Peninsula.