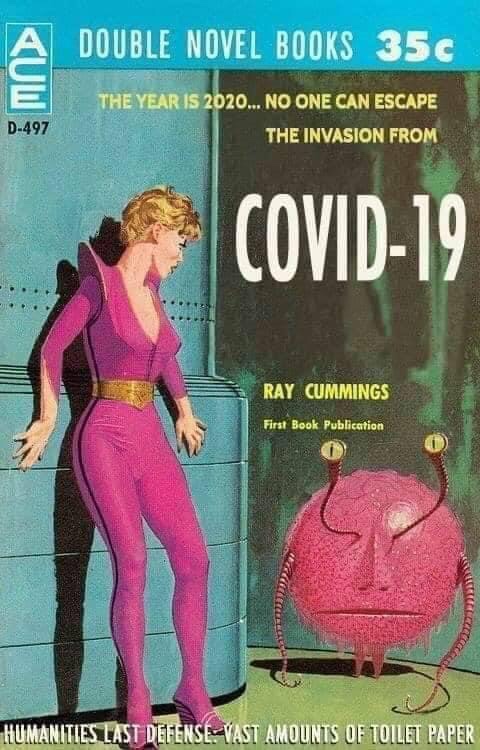 You know me. Normally, I never make intricate plans and reservations for my trips. This summer was the exception.

Those of you who have followed my summer travels may remember that aside from an early trip to Washington state, my main summer trip was to be a 10-week stay in Santa Fe, playing with the opera company.

To prepare, six months ago to the first day of rehearsals, I started making 2-week (max stay) reservations at alternating parks towards the “ski basin”above Santa Fe . Every two weeks, I started the day looking ahead for a spot in either Black Canyon Campground (Santa Fe National Forest) or Hyde Memorial State Park.

Well, we all know what happened in the intervening six months.

Even though Santa Fe Opera’s entire summer season was cancelled, I thought it would be nice to use my existing reservations, and get a taste of Santa Fe in the summer. It’s likely the opera I was to play would be rescheduled in a year or two, and I wondered what it would really be like to boondock in the summer at these campgrounds. Too hot? Could I make the water and electric last?

It’s also just gorgeous in Santa Fe. The cool summer mornings, the sunsets and long views, the tacos, the wall-to-wall adobe… So why not? The reservations were already paid for.

The drive from Rocky Mountain National Park down the eastern side of the Rockies was longer that I imagined. And steeper, especially at the NM border. Lucky for me (I thought), I was traveling with empty tanks to save weight.

I had called ahead to ask about water. I knew there was no dump station and traditional fresh water fill-up at Black Canyon, but neighboring Hyde Park did, and in the past, I’d used my Water Bandit at a fresh water spigot to fill up at Black Canyon. They had suggested filling up at a Love’s Truck stop near Santa Fe. But as I found out – there isn’t one anywhere near Santa Fe.

I scoured Santa Fe for someplace I could fill up to no avail, and started the 8-mile 1,200-foot elevation climb up to the campground with an empty tank.

I rolled into the Black Canyon campground around 5pm and stopped at the campground host spot to check in.

Then her husband chimes in, pointing to my VW Touareg: “You look overloaded as it is. You tow with that?”
Stating the obvious, “Yes. Yes, I do.”

At least the campsite was beautiful. Tucked into the highest corner of the park, at the foot of the main trail.

I must’ve been one of the later check-ins, because there was a lone backpacker in a hammock squatting in my site (marked “reserved” on the post). I told her to take her time packing up, but I was starting a 2-week stay here.

The sites are tiered up the mountainside, paved, and generously-sized.

I went up to Hyde Memorial State Park to check. While they would’ve had water, the park was closed due to COVID. But in amazing coincidence, was re-opening the very first day of my reservation there on July 5th (unless COVID delayed even that opening – stay tuned).

To review: during the height of climbing COVID cases in New Mexico, in a time when the CDC asks us to vigilant about hand washing and sanitation, there is not a drop of water to be found. Just vault toilets with no hand sanitizer. Well, OK then.

I went into town and bought a blue 6-gallon fresh water jug, and asked a friend who lived in town if I might fill up a few times. Over the course of a few days, five fill-ups lasted me my entire 2-week stay.

Aside from the water issue, the campground and surrounding area are beautiful. The trail behind my site heads up the mountain to some great vistas.

And further up the road towards the ski basin is a long hike to some ever better views. Aspen Vista Trail

While temps down in Santa Fe were in the mid-90s, the daytime temp at the campground never rose above the mid-80s. And it was always cool at night (50s).

As I approached the end of my two-week stay, New Mexico’s COVID cases were on such an upswing that the governor gave a press conference, announcing that they would be “pausing” the next phase of reopening. Two days before my stay was to start at Hyde Memorial State Park, I received a robo-call telling me my July 5th reservation would be cancelled.

Since doors were closing behind me right and left, perhaps it was time to head home.

I’d like to try to swing by Big Bend National Park on the way.

I guess not. (Altho technically, they would allow a self-contained trailer)

So how did I drive home? Stay tuned for my next post.