You might think that after all the months I’ve spent in my Airstream this year, that I might like to just winterize it and resume my adventures in Spring.

I played 32 concerts in December. 28 Nutcrackers, Christmas Eve, a Messiah, and two symphony concerts in Florida.

But mostly, 28 Nutcrackers with the Pennsylvania Ballet. Since 2001, I’ve played about 500 shows. It’s so familiar that as I play it, my mind travels to far away places. Planning my Spring and seeds of a summer trip, shopping lists… But I also dream of how I’ll use the few free days I have after Nutcracker, and before my January engagements begin.

This year, as the Mouse King, Nutcracker, and Marie duked it out in stage, and the forecast for January 1 started looking warmer and warmer. I thought I might like to visit Assateague Island National Seashore for a few days.

But then the government shut down.

I assumed Assateague would be fully closed, but this notice was on their website:

12-22-18 During the government shutdown Assateague Island will remain open however no visitor services will be provided including restrooms, visitor centers, programs, trash collection or road maintenance. Visiting the Seashore will be at your own risk.

Well, maybe the campground is open, but no one is there to collect the fee? I couldn’t find anything definitive.

So early today, January 1, I set off for Assateague. What’s the worst that could happen? I would be turned away, and go to the neighboring state park, or Delaware Seashore State Park.

Meanwhile, I read stories of parks’ campgrounds closing due to trash and feces.

I’m glad I took the risk. 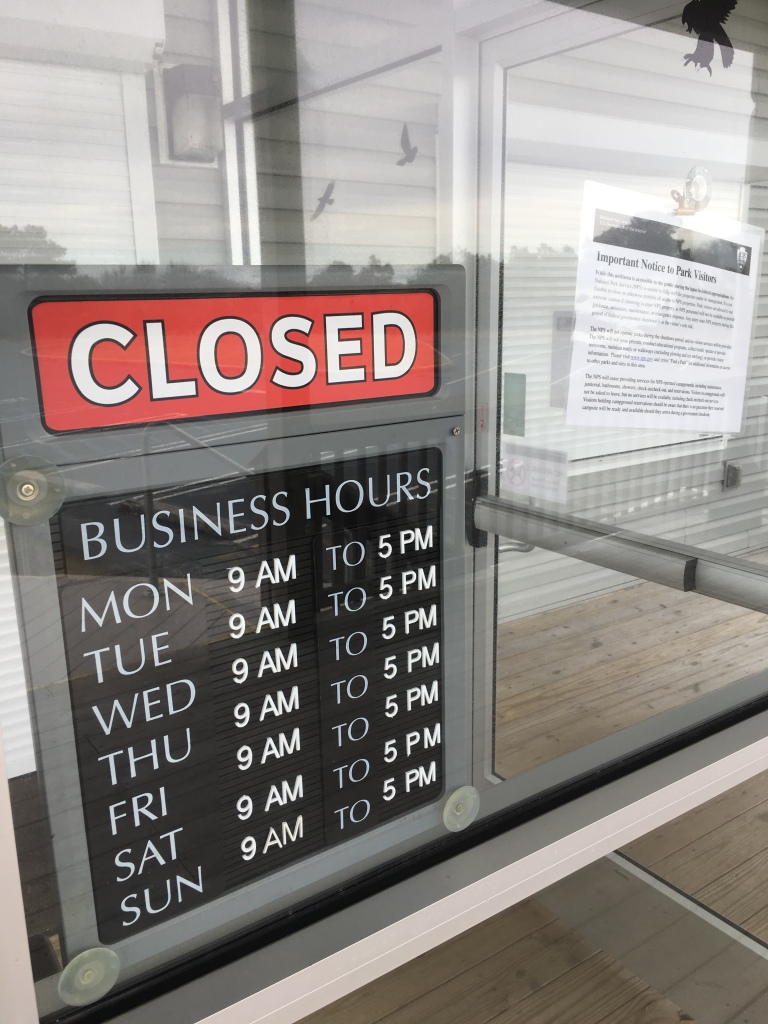 But the park was open. Even the campgrounds. Other than some day visitors and roaming wild ponies, the oceanside campground was virtually empty. 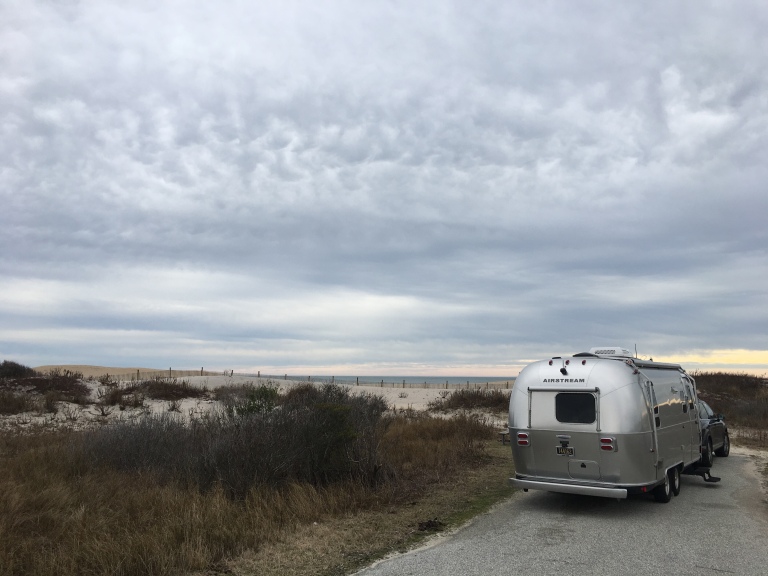 The vault toilets were locked and the trash bins had been removed, but it camping loops were open. It was 65 degrees, and I was camping virtually alone, in a national park. For free.

I decided to make a donation equal to the nightly camping fee to the National Park Foundation. If you’re camping in parks during the shutdown, I would encourage you to do the same. Or please suggest another ranger-specific charity in the comments.

Also – please carry in, carry out.

And I’m happy to report that other than horse manure from the wild ponies, Assateague Island National Seashore seems to be feces-free (and if it were, the dump station is open). I even saw a ranger’s pickup truck, and heard the familiar toot of the siren to warn folks to “move along” when stopping in the road to gawk at the ponies.

There were signs, however, that all was not well since the government shutdown, December 22.

Given that I expected to see a tent city of lawless squatters and van-life hipsters, I was pleasantly surprised.

But I did have the feeling I was visiting an abandoned ghost town. Or the ruins of Pompeii, left in a hurry. In particular, there was a large road railing project that seemed as thought the foreman said “shut it down” with no notice. 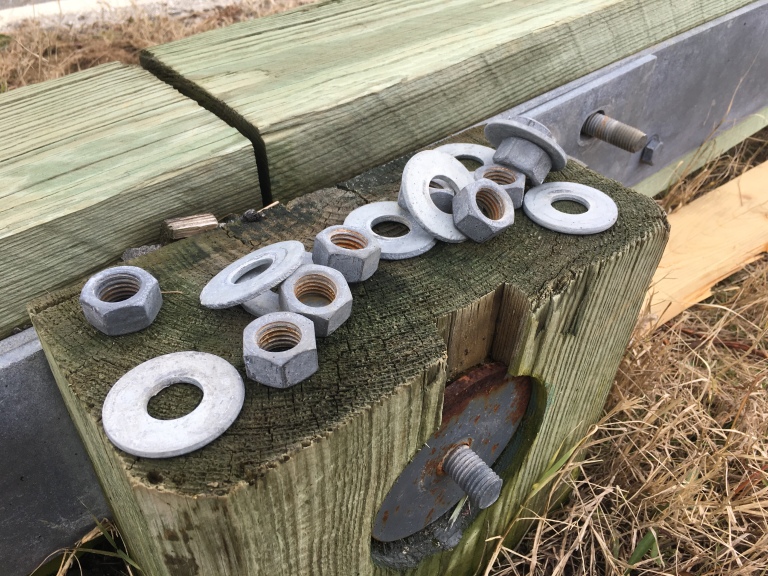 Drop it. Right where you are.

It’s 6:30pm, and I just poked my head out the door of the trailer. I’m completely alone.

Just me, the ponies, and this woman who stole Barbarella’s hair.

3 thoughts on “Nobody puts baby (horses) in a corner”