After waking up on the surface of the moon, I headed to the first community in the world to be lit by electricity generated by nuclear power – Arco, Idaho.

One remnant of this race to power America is the Experimental Breeder Reactor (EBR-1) Atomic Museum.

It seems like it closed just yesterday. It’s 1951 all over again. ID, please. 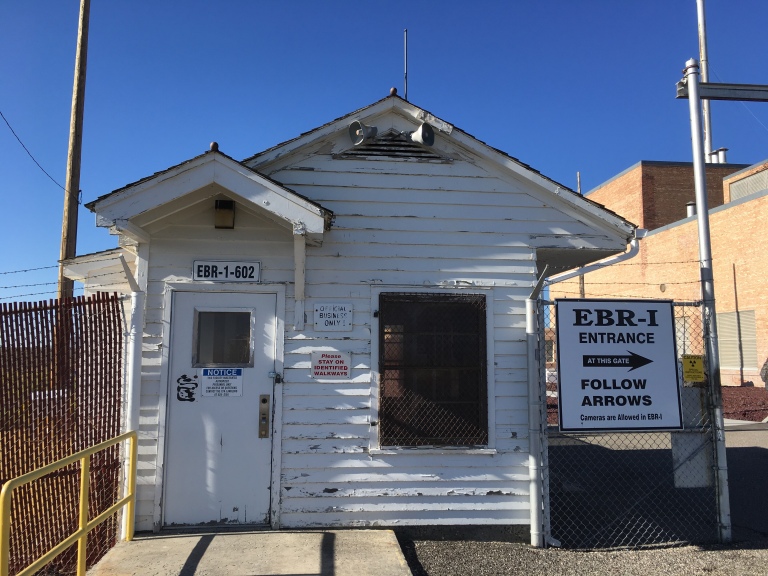 Can I interest you in a canapé, or perhaps some uranium-235? The Texaco Star Theater has just started.

Growing up, I learned that the Vallecitas Boiling Water Reactor in the Bay Area was the first to power a city with nuclear power, beginning in 1957. Turns out that was the first commercial venture. Two years earlier, a sister reactor to EBR-1, Borax-III, powered the town of Arco, Idaho.

The control room, with all the switches, is virtually untouched.

Lemme just see what this lever does.

I’d better leave before anyone notices.

Highway 33/22 over the pass from Victor, ID into Jackson, WY is not as easy as it looks, even following a slow truck. The temperature gauge climbed a bit, and on the way down, there was a bit of brake smell. I pulled over to let things cool off.

The campground is a few miles down a rutted dirt road a few miles from Jackson Lake. But what did we learn about those roads?

They usually reward the effort. In this case, a bluff-view of the Tetons…

Early tomorrow, I’ll get back in the National Park campsite rat-race. And I just read that I need to have my kayak inspected before I put in, so I’ll need to backtrack a bit to Jackson. 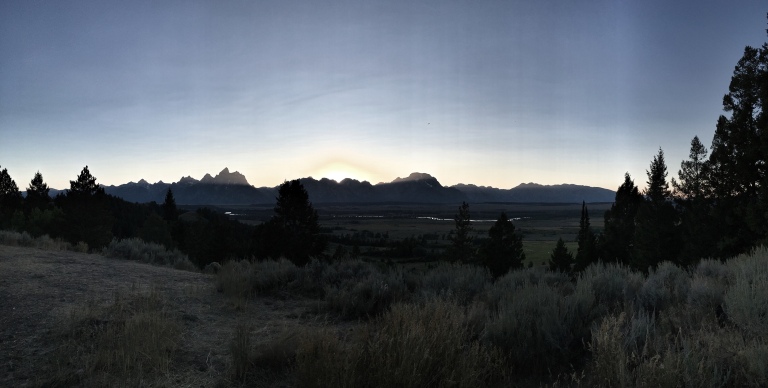 Until then, I think I’ll just sit back and enjoy this sunset.